PARQOR is the handbook every media and technology executive needs to navigate the seismic shifts underway in the media business. The Curse of the Mogul

This framework highlights instances where media company CEOs may be rewarding content creators at the expense of shareholder value. 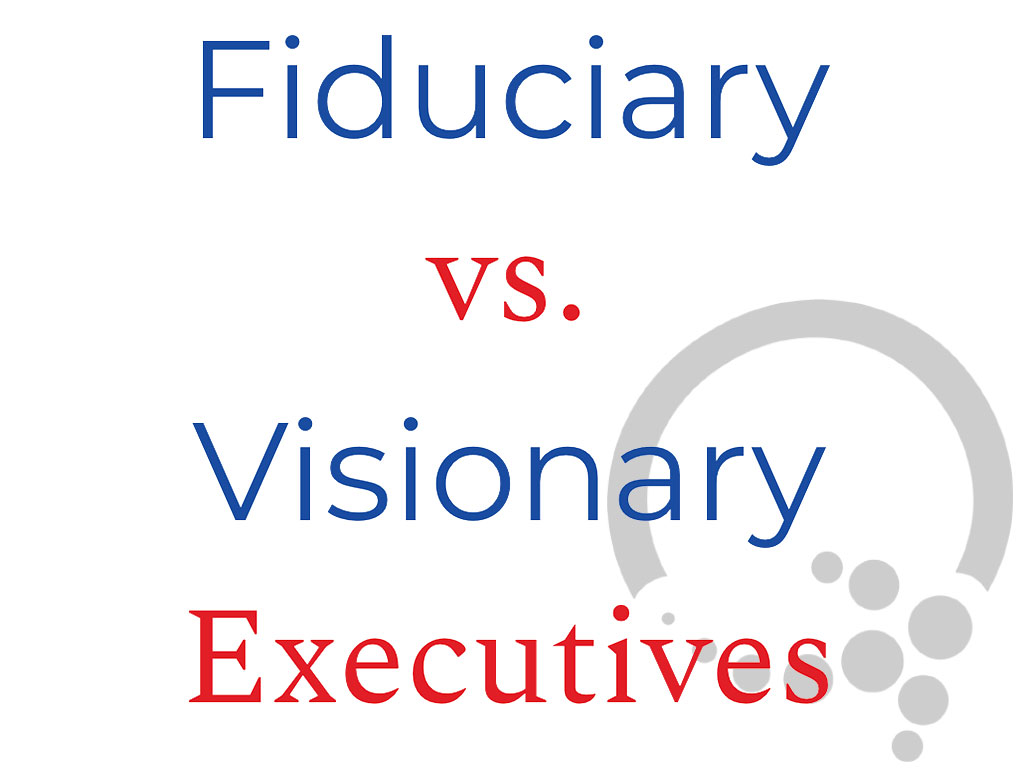 The Fiduciary vs. Visionary framework highlights both the incentives and constraints around executive decisions. Visionaries are more agile decision-makers than Fiduciaries, who may be constrained by corporate strategy, operations, or finances. This framework focuses on the optimal channels where streaming services can reach their target audiences. This framework focuses on a specific set of conditions (BEADS Acronym) to identify media businesses most likely to succeed in streaming in the 21st century. 1. Media companies have millions of consumer credit cards on file, what’s next in streaming?

This is the same trend as from Q4 2022 but with a minor tweak. There are now two dynamics at play.

I wrote about the first dynamic both last month and in “Key Trends On PARQOR’s Radar for Q1 2023”:

A question in Q1 2023 is whether we will see any legacy media companies leverage this newfound competitive advantage. I certainly hope we will new, additional business models beyond streaming.

This points to the second dynamic: do they have enough scale to succeed? And if they do, what is the best business model?

2. Hollywood’s future lies in the creator economy, but who is the talent?

This is a PARQOR trend from Q4 2022 but with a minor tweak. YouTube’s best story seems to be Jimmy Donaldson aka MrBeast, but, as I wrote in December:

“Who is the “someone else” with the next exciting, premium-quality story to tell at extraordinary scale? The math of blockbuster hits (1%) tells us there should be as many as 20,000 creators in MrBeast’s league. But it’s not clear there are even 2,000.” [NOTE: I also wrote about this problem for Members last month].

Kilar said to me in a Twitter conversation last year: “One of the biggest opportunities in entertainment is to delight the biggest fans in ways a one-size-fits-all model is not designed to do. The emerging roster of modern creators clearly gets this and has leaned into it from the start. Walt Disney would be proud of them.”

Meaning, it’s not only worth trying to identify 2,000+ other creators who join MrBeast in the top 0.1% of YouTube. It’s also worth paying closer attention to their business models. MrBeast has successfully launched a fast-food chain and a chocolate business. YouTube star Dave Dobrik just launched Doughbrik’s Pizza in Los Angeles, CA.

But perhaps the most interesting YouTuber to follow right now is Logan Paul, one of the top 0.1%. Paul has successfully made the unusual leap of also becoming a WWE wrestler.

As for TikTok, it launched its Creator Fund in 2020. It launched Pulse in 2022 for revenue sharing with the makers of the top 4% “most engaging” videos across 12 categories, including beauty, fashion, cooking, gaming, and books.

So we should be seeing the beneficiaries of those initiatives begin to emerge in 2023, too.

3. The definition of scarcity is constantly evolving away from linear. What’s next?

This PARQOR trend reflects the overlap of two trends from Q4 2022: “Linear channels seem doomed” and “There is no such thing as a Connected TV [CTV] household”. Scarcity is the linear distribution model’s historical moat. The linear model enabled multichannel video programming distributors (MVPDs) to aggregate millions of households locally, regionally and later nationally.

I wrote that “the problem with scarcity as a value proposition to investors and advertisers in 2023: the technological, operational and financial structures required to create scarcity [in streaming] don’t seem to have an obvious business logic to them.”

Total pay TV distribution is estimated to have dropped by as much as 6% in Q3 2022. Also, Amazon and Google offer their own CTV devices and apps. They are able to aggregate ad inventory in the household across audio devices, tablets, and smartphones, too. A recent survey by the IAB found that CTV spend will go up by 14.4%. It also found that every digital channel will see ad spend growth in 2023. But, linear TV will decline by 6.3% year over year.

An “X factor” to watch for in 2023 is retail media networks (RMNs). According to BCG, a retail media network is essentially an advertising business that a retailer sets up in order to allow advertisers to buy advertising space across the retailer’s owned (onsite) properties and paid (offsite) media, using consumer data to connect with consumers throughout the buyer journey.

Also, last week I highlighted how the NFL’s deals with Amazon and YouTube over the past year have changed the paradigm of scarcity in streaming two times over. I concluded: “The YouTube-NFL deal reflects YouTube as *A* center for these market dynamics: it captures linear audiences with YouTube TV, connected TV users with YouTube and over a billion short-form consumers with YouTube Shorts. But, with an estimated 84MM homes with access to linear via virtual MVPD or traditional pay TV (cable, satellite or telco) in the U.S. (including YouTube TV subscribers), YouTube is nowhere near becoming *THE* center for these market dynamics.”

In October I wrote about “How Linear’s Decline May Fuel Gaming’s Next Decade”. 9 in 10 Gen Alpha and Gen Z are game enthusiasts, according to recent research from NewZoo. I also wrote about media competition is increasingly about attention in November’s “Bo Knows Media”.

Wall Street seems to understand that capturing consumer attention and time are now the high stakes, win-or-die games for media businesses. Meanwhile, the number of scripted series for adults ordered by U.S. TV networks and streaming services tumbled 24% in the second half of 2022 compared with a year ago, and has plummeted 40% since 2019, according to Ampere Research. Also, according to the IAB, film production rates and theatrical attendance are going down. So, movies and TV series are capturing less attention.

Legacy media companies looking for growth from Gen Z and Gen Alpha will struggle to compete by betting on streaming without gaming offerings. On this point, Netflix’s aggressive move into gaming is notable.

The other takeaway is one I mentioned under “Linear TV is doomed” last quarter. I wrote about this last month in “Is AMC Networks A Canary In Cord-Cutting Coalmine?”: We’re at Peak TV, and therefore the post-production market has been running at full tilt/maxed out. What will happen when (and not if) demand declines and/or productions are canceled?

As I wrote last month:

“It’s not clear what percentage of legacy media productions are built on Unity and Unreal Engine platforms, both of which are used in gaming, too. But, the implicit market dynamic is obvious: the more the supply of legacy media productions is reduced by the changing economics of the linear business and disappointing economics of streaming, the better-positioned gaming companies will be to capture some of the post-production marketplace for their 2030 objectives of producing more original titles.”

And if gaming captures that supply, that permanently reduces the supply of talented VFX designers for TV and movies. The end of Peak TV will have more repercussions in 2023 for streaming than many seem to be considering.

Kudos to Andrew Rosen for his PARQOR LLC newsletter. If you’re trying to make sense of the video-on-demand space, whether around subscriptions (SVOD) or advertising (AVOD), his newsletter somehow keeps getting better.
David Berkowitz, Serial Marketer
The SVOD and AVOD spaces are quickly changing niches in the media space and increasingly important for media executives to understand. As entertainment companies are working to shift to new business models, Andrew is synthesizing and helping us all to understand these market shifts.
Eric Kuhn, Former CMO of Layer3TV
Your newsletter is TOO good
Brian Stelter, Anchor of Reliable Sources and @CNN’s chief media correspondent
SUBSCRIBE NOW

PARQOR is the first third-party published on The Information Newsletter Network.

Andrew is the author of Medium Shift, a monthly column on The Information tracking the transformations underway in the media business. He delivers unique analysis about the ”streaming wars”. He focuses on the driving assumptions, the internal analysis, the goals for driving enterprise value, and the risk/ reward calculation. PARQOR started in February 2016 as a free weekly newsletter about the digital video marketplace.

He is a former Viacom executive who worked closely with senior and c-suite executives across MTV Networks and BET Networks divisions between 2005 and 2016. Andrew has been writing about digital video and streaming video since 2015.

He is an independent, sometimes contrarian, writer who applies a blend of factual evidence and analysis to deliver tangible, actionable business insights for his readers.